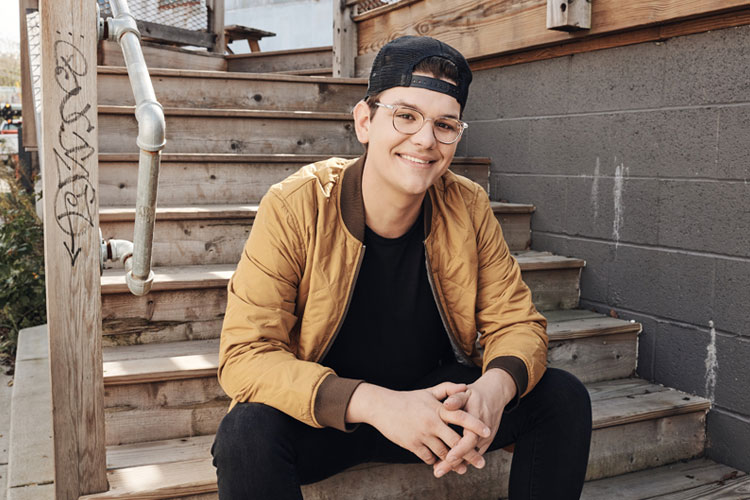 Not only will we light the sky with a million colors, but we have two great bands that will have you tapping a toe and singing along!

His song “Gone Too Soon” has had over 36 million streams on Spotify. “Wine Country” has had nearly 4 million streams, and “Living On Love” has had more than 2 million streams. From Flowery Branch, Georgia we are so excited to have Andrew Jannakos at The AMP for the 4th of July.

Many of Andrews’ followers know him for his illustrious run on season 16 of NBC’s The Voice, but it wasn’t until July 2020, that his then-girlfriend (now wife) posted a video of him cooking dinner while singing along to “Gone Too Soon” to his TikTok and took his social stardom to new heights.

His singing and songwriting come from a deep love for country music, as well as his family’s roots in the genre. “My grandfather played in a bluegrass band for years and years in Georgia,” he says. “So I was raised on country: Waylon, Hank, Whitley, Brooks & Dunn. My earliest memories of singing were in the car going to elementary school, when my mom and I would just belt Shania Twain the whole way there.”

Following the hugely successful independent release of “Gone Too Soon,” which entered Billboard’s Hot 100 chart and helped Jannakos debut at No. 1 on the Emerging Artists list, he linked with a proactive management team that helped him begin meeting with record labels in Nashville. His inner circle expanded even more when he married his longtime girlfriend in a beachside ceremony in September and subsequently adopted her son. The major life events were long planned for but serendipitously timed, because soon after, Jannakos inked a recording contract with Sony Music Nashville.

“Everything happens for a reason,” he says. “If you chase your dream and work your hardest, everything falls into place. I can’t wait to see where the next turn takes us.”

Andrew will take the stage at 8 and again after the Fireworks at 9:30.

To kick things off this year and get The AMP Rocking, Lake Martin’s favorite cover band, The Bank Walkers will start around 6:30 with your favorite covers and more!

Join us on the grassy lawn at The AMP for the Southeast’s largest fireworks show and concert. Always a fun family time with great music – then we light the sky with a million colors! Claim your spot early and get ready to have some fun!